GUEST BLOG: God by any other name? 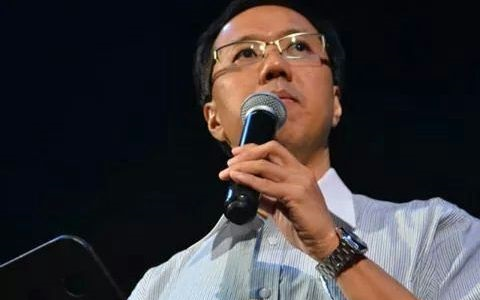 ON 23 June 2015, the Malaysian Court of Appeal, the second highest court in the land, ordered that eight CDs containing the word ‘Allah’ that had been confiscated by Customs be returned to their owner, Jill Ireland. [See Lapido’s story.]

This ruling is of vital importance to the two million Christians in Malaysia, the majority of whom are Malay-speaking indigenous people from East Malaysia (Sabah and Sarawak) who historically have no other word for God. But not only to them.

The court failed to address the more basic issue: the non-Muslim right under the Constitution to equality, in this instance to their use of language deemed to be Islamic.

The Court of Appeal sent the case back to the High Court for determination.

Lead counsel for Jill Ireland says the legal team will be asking the High Court to rule that Ireland has the right to use the word Allah under Article 11 of the Malaysian Constitution which guarantees freedom of religion.

Her legal team will also be seeking a declaration, under Article 8 which guarantees equality before the law, that Ireland has the same right to use the word Allah as Muslims.

The question arises however as to why Ireland, a native Sarawakian Christian who has used the Arabic word Allah all her life, should be forced to the High Court at all.

Of course, a simplistic solution to this whole controversy would be to stop using the word Allah.

But Christians have used the word for generations. There is no other in their language.

The root problem is an increasingly vocal section of the Muslim population in Malaysia who assert that the word Allah is a personal name of the god whom they worship, and therefore uniquely theirs.

The situation is compounded by the fact that Islam is occupies a special position in the country’s polity.

Article 3 of the Constitution, drafted at Independence in 1957, which made Islam the Federal religion, is being reinterpreted by Islamists to mean that Islam is supreme and that all laws and policies must be consonant with the teachings and precepts of Islam.

There is thus, runs the argument, a corresponding obligation on all Muslims to defend it.

Christians in Malaysia are in no way attempting to challenge this.

By using the word Allah for God, they are merely exercising their right to practice their religion in the way it was taught to them.

The word Allah was historically the word used by translators for God in Malay Bibles and for those using the Malay language.

Some have criticised the ongoing Jill Ireland case as confrontational, and a waste of time and money that could be better spent on missionary activities.

They say that filing the case in court will not resolve the dispute, but will only antagonise Muslims, and in the long run compromise public order and stability.

But those who object fail to see that what’s at stake is not merely use of a word, but secular democracy itself.

The Jill Ireland case tests the free religious space at the heart of any secular democracy.

Whenever religious ideology of any shape begins to dominate public life, religious hegemony will follow.

And if it happens in one place, it could happen anywhere.

Eugene Yapp is the former Secretary-General of the National Evangelical Christian Fellowship, Malaysia.

For a complete summary of this and other cases, see Allah – More than just a Word by Bob Teoh, published in 2010 by Zomiky Media.