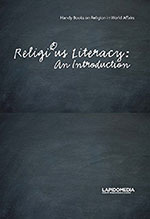 Globalization – the economically-driven ‘one-world community’ – has brought the world of religions to our doorstep. We cannot pretend any longer that it is a private matter best ignored. Religious literacy means understanding that religion has consequences and anticipating them. What people believe influences everything from politics, to education, sex, international affairs and security: all crucial beats for journalists and other professionals. 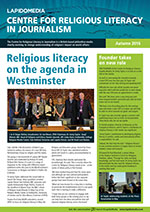 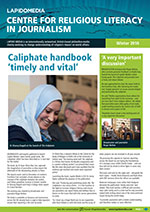 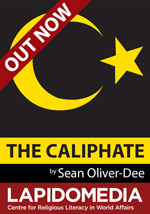 ‘Caliph’ was the title given to the leaders of the Muslim world who followed Muhammad himself. Although formally abolished in 1924, the caliphate is today an aspiration for Muslim extremist groups Islamic State, al-Qa’ida, the Muslim Brotherhood and Hizb ut-Tahrir, symbolising for them the re-birth and re-unification of Muslim power.

Getting Religion event ignites debate
Lapido: at the forefront of religious literacy
Briefings for journalists
New Handbook for Journalists: Everything you need to know about the caliphate
Arne Fjeldstad’s worldwide legacy