GUEST BLOG: Greece: there is a way 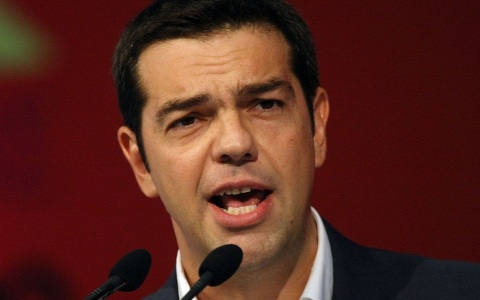 SO GREECE, in their Referendum, voted ‘No!’ to what the EU was demanding about their debt. The strife is not o’er and the battle is not won. There is no resurrection yet.

In all the recent discussions, I have yet to hear any mention of the morality that is expected from the lender especially in a case where the effect is the rich getting richer and the poor getting poorer. It is entirely possible within the system that the lenders to Greece, European bond holders, dubbed the European ‘tax payers’ for debating purposes, have already recovered their outlay several times over.

Admittedly, I grew up with an attitude to debt that was bookended by Shakespeare and Paul. Polonius had said, ‘Neither a borrower nor a lender be!’ and Paul told the Romans, ‘Owe no man anything!’ I have largely lived like that. We did not buy anything until we had the money and if that meant going without and saving up our money, then that was what we did.

I found later that it is not as simple as that for many people.

My awakening came in Nairobi. I was given an old book called The Whole Tithe by P.W. Thompson (1920). I discovered verses which I did not know were in the Bible and have never heard quoted by any preacher.

Clearly, God takes a view on debt. This quote is in the debt regulations that were to apply to Israel when they occupied the Promised Land. Borrowing and lending were considered natural and permissible where one was in need and others had some surplus.

The term of the debt, however, was not to go beyond seven years, the Sabbatical year, when all debts were to be forgiven.

It is clear from the text that people were tempted to abuse the system and find ways of wriggling out of their responsibilities as lenders. I was learning that in God’s way of looking at things there was a morality for the lender as well as for the borrower.

The aim was to avoid the hardship of bonded labour, caused by unrepayable debt. On the face of it, it seems a good way of guarding against the rich getting richer and the poor getting poorer with the onus being on the lender.

I was surprised when later Moses repeated the principle, at the national level and added the negative.

‘Aliens residing among you shall ascend above you higher and higher, while you shall descend lower and lower. They shall lend to you but you shall not lend to them; they shall be the head and you shall be the tail’ (Deuteronomy 28:12-13).

When I was watching the scenario in Athens at the weekend I took down and read my Penguin Classic translation of Plutarch’s Pericles (pp.185-206). Pericles was the man who built ancient Athens with the Acropolis that we were staring at constantly on our screens. He says:

‘When Pericles was a young man . . . he decided to attach himself to the people’s party and to take up the cause of the poor and the many instead of that of the rich and the few, in spite of the fact that this was quite contrary to his own temperament, which was thoroughly aristocratic.’

Later, speaking of his construction of temples and public buildings: ‘It was this more than any other action of his which his enemies slandered and misrepresented.

‘They cried out in the Assembly that Athens had lost her good name and disgraced herself by transferring from Delos into her own keeping the funds that had been contributed by the rest of Greece.

‘"The Greeks must be outraged” they cried, “They must consider this an act of bare-faced tyranny, when they see that, with their own contributions for the war against the Persians, we are gilding and beautifying our city as if it were some vain woman decking herself out with costly stones and statues and temples worth millions of money.”

‘Pericles’ answer was that the Athenians were not obliged to give any account of how the money was spent, provided that they carried on the war for them and kept the Persians away.

‘It is no more than fair that, after Athens has been equipped with all she needs to carry on the war, she should apply the surplus to public works, which will bring her glory for all time. While those works are being completed they will convert that surplus to immediate use. In this way all kinds of enterprises and demands will be created which will provide inspiration for every art, find employment for every hand, and transform the whole people into wage earners so that the city will decorate and maintain herself at the same time from her own resources.

‘He is anxious that the unskilled masses that had no military training should not be debarred from benefitting from the national income and should not be paid for sitting about and doing nothing.’

After describing all the materials used and the skills employed, he ends this section: ‘So, through these various demands, the city’s prosperity was extended far and wide and shared among every age and conditions in Athens.’

I wonder what today’s tour operators would say if they could speak to these ancient objectors.

I confess I did not find it hard to pray for Greece and their young upstart leader after reading again these words from Plutarch, and I will pray harder for the EU leaders that they may find a way to discharge the morality of godly lenders. 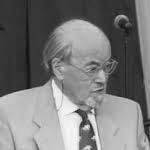