GUEST BLOG: Iran – There has to be a better way 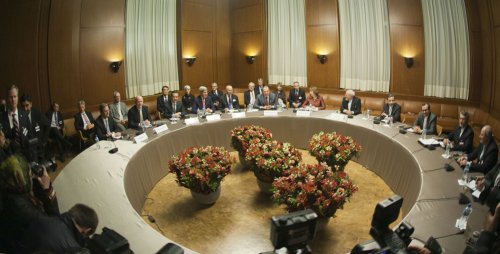 THE TALKS taking place in Switzerland between Iran and the P5 + 1 group are not as the Republican Senator Tom Cotton describes them in his letter to the Iranian government. They are not an executive agreement waiting to be rubber stamped by Congress. Such an agreement is not what any of the parties to these discussions is seeking because the near impasse situation which faces them calls for something more, given that past agreements have done nothing to strengthen trust or to further the cause of peace.

The situation at present is the ultimate test of whether the renewal of human relations on a world scale is actually possible.

If trust is essential to any agreement, executive or otherwise, it suggests that the resolution of the current diplomatic crisis depends on the relinquishing of fear.

Isis and its lookalikes wield fear in both the right hand and the left, to abstract inversely from a Pauline epistle. They wield it as the raw threat of terror ultimately sanctioned under some form of law which will be enforced without deviation or mercy, and Isis uses that same threat to seduce, in the way only evil can seduce, disaffected young people both here and abroad.

The purpose of the Swiss talks, which are still in danger of being sabotaged by the ricochet effect of Netanyahu’s bombastic takeover of Congress on 3 March, must take us beyond the executive into that sphere of exchange which is sourced from within our common humanity.

Those who walked out would have sensed this.

Furthermore, the largely Democrat boycott was not just an expression of hurt defiance. It also prevented others from sliding too easily into unquestioning acquiescence to Netanyahu’s fear-mongering rhetoric because of lingering guilt about a range of unjust dealings by Israel with Palestine, and with which the West has been complicit. Walking out on the address, or boycotting it, was a defiance of the kind of fear which is the product of guilt.

This is also why the talks with Iran must not end in a similar way. Iran and the US must face and overcome their fear of one another, and of any underlying guilt which has caused it.

An executive agreement will not make this happen. It is the fragile strength of human affection which needs to underpin these talks if any meaningful agreement is to be reached, and human affection is not simply a matter of affability and niceness. We can grow to love some of the least affable people on getting to know them and on hearing their story.

The great stories which define a person can have very inauspicious beginnings and it does not take much to tell them, or to hear them. Human stories need to be properly heard before they can be believed. Right hearing requires patience and the slow generation of a climate of trust.

By trust, in the context of diplomatic negotiations, we are not talking about being sure of the good intentions of one or other nation. We are talking about the kind of mutual recognition of a common humanity which occurs in the passing of a moment, in the exchange of genuine laughter, perhaps. We have seen this happen between high level diplomats on both sides of the Iran – West divide at various times.

Trust, and the small story in which it is first sown, are found and made in some common human experience, a shared affection or passion and, above all, in a commonality of intent when it comes to that most defining aspect of human existence – religion, or the lack of it.

Trust and the willingness to hear and receive what the other has to bring comes with the kind of religion which shapes its understanding of God in that of righteousness,righteousness being understood as the bringing together of mercy, justice and truth.

Righteousness is perceived and understood at the deepest level in the eyes of another person, so it also must be sought in the eyes of the enemy, the one who embodies the nation we fear.

This is a very private and personal matter, initially at least.

In the context of diplomatic exchanges between Iran and the West this recognition of a common understanding of righteousness will happen in a moment of touching on a common truth, something which speaks into the humanity of those involved. It will only assume a greater, even global, significance when that shared truth has completely dissolved into, and therefore broken down, what Christians would call the ‘walls of hostility’. These are the insurmountable walls which nations who fear one another build between them and which make peace and prosperity impossible.

But to pretend that trust between nations can happen in an instant’s regard would be delusory. There is too much to fear both from the past, and in the present, where our histories and ideologies meet and sometimes collide.

Added to these are the fears which come from within: each nation’s political enemy as well as the enemies it perceives outside its borders.

Israel fears Iran. The West fears the unpredictable effect of Israel’s stance in any given situation. Iran fears its Arab ethnic minorities and we all fear Isis. In a different way, the West also fears Iran’s unique brilliance, the intricate beauty it has wrought over centuries in decorative art and architecture, and which might yet be translated into the nuclear physics of holocaust.

While all of this may seem quite distant from the business of diplomacy, and of executive agreement, it is in fact the binding constituent of such an agreement and of diplomacy in general. Without a common receptivity to the righteousness which we see in all that is good and beautiful, we have nothing on which to build real peace because there is ultimately nothing worth striving for, no past to hand on, nothing in the present worth preserving and so nothing on which to build an agreement for the future.

The Iranians have asked for more time to consider the outcome of the last round of talks. It is time which all parties to the discussion could put to good use by allowing those things which make for righteousness to surface in their own minds, and to be revealed as our common cause. 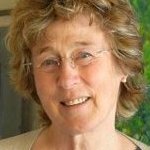 Lorraine Cavanagh is a theologian and an Anglican priest. Before her ordination she was an established painter with successful solo exhibitions in London. She then completed a doctorate at Cambridge University. Since her ordination in 2003 she has been Anglican Chaplain to Cardiff University and Fitzwilliam College, Cambridge. She was also part-time tutor in Christian Spirituality at St. Michael's College, Llandaff. She lives and works in South Wales.