Guest Blog: What Obama missed during his trip to India 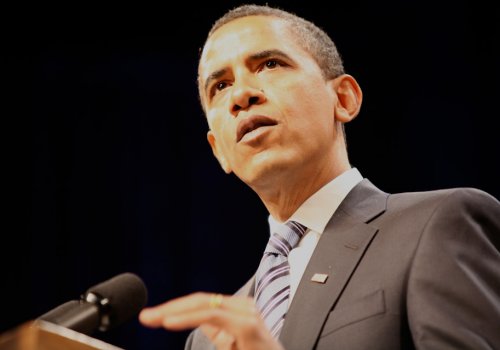 PRESIDENT Obama was India’s Guest of Honour this week. As he celebrated the Constitution we adopted on 26 January 1950, I was invited to hoist the tricolor in a home for homeless girls in Allahabad, in Uttar Pradesh.

The upbeat and enthusiastic President Obama praised the world’s largest democracy. Elections are fair here, and citizens are free to replace corrupt governments...with even more corrupt rulers. Obama instilled optimism in our youth, noting that the majority of Indians are under 35.

It is possible no one told him that according to a recent survey of 11 cities, fifty per cent of our youth prefer military dictatorship to constitutional democracy.

Obama’s praise for the success of our Constitution also suggested that no one had told him that the ideologues behind his host are committed to changing the Constitution and constitutionalism itself. He might hear of it after the state elections in Bihar and UP, especially if Prime Minister Modi’s party wins the two states and, therefore, the Rajya Sabha – the upper house of the Indian Parliament.

The President correctly emphasised India’s need to treat the girl-child on a par with boys. I was invited to the girls’ home partly because I had sent a young woman to this home. Her husband’s family beat her up so badly that she had a miscarriage.

She ran away to kill herself but fell on the roadside bleeding. A kind Muslim family picked her up and took her to their home six hundred kilometers away.

Her father heard from the in-laws that the girl had run away. Desperate to hear her voice, he asked me to pray for her. She called after she had recovered a bit. The parents live with her grandparents. The grandfather refused to let her come to his home, because she is supposed to live with her in-laws!

Thirty or so homeless girls in this home gave such authentic performances, intellectually and emotionally, that Michelle Obama would have cried. I told them of Ruth - my wife's struggle to save Sheela - a sad narrative recounted in my book, The Book That Made Your World. Girls listened in rapt attention, deepening their resolve to change India.

The home is run by a maverick Catholic nun who is also a highly respected lawyer. None of the city's Catholic hierarchy were present at the function.

The Bishop has asked the nun to move her thirty homeless girls out of the house owned by the church because some church leaders want it to be an old people’s home.

Retired adults give their pensions and savings to the home: abandoned girls have nothing to give! They cost – though much of their support comes from non-Christians who revere the lawyer-nun who is investing her life to shape India’s future.

As they get ready to become homeless again, the girls and the nun are trusting God will be their refuge.

Some of the people who invited President Obama to celebrate our constitutional democracy may have given up on multi-party democracy. They may be waiting for the opportunity to usher in a Chinese-style one party (one man) rule. But my time with the local unit of the Union of Evangelical Students of India (UESI) provided empirical evidence that democracy can work in India.

UESI is (in my assessment) India’s largest democratic forum. India has nine hundred-plus registered parties, but none of them is democratic. As current elections in Delhi suggest, Prime Minister Modi is aggressively dismantling the power structures within his party that are supposed to hold him accountable.

During the last sixty years, the UESI has grown to be a solid tree, planted by the waters of God’s word. While the BJP’s Delhi crowd was enduring President Obama’s welcome rhetoric about religious tolerance, about one hundred of us were considering how this tree (UESI) can bear leaves for the healing of our nation.

VISHAL MANGALWADI is is an Indian philosopher and social reformer. He has lectured in more than forty countries, and published 17 books. Christianity Today called him 'India's foremost Christian intellectual'.