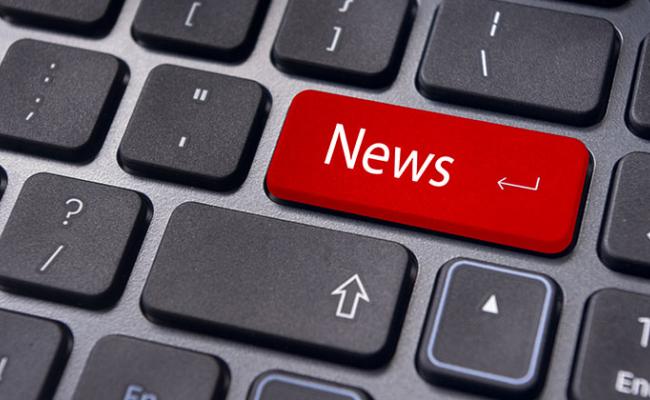 Question 1. A man wielding a knife attacks a woman in a park in London and attempts to behead her.

He is arrested shouting ‘God is Great’ in Arabic, before the woman dies from her injuries. As a tyro reporter on a national tabloid, you find out that he is from Tunisia and attends the local mosque.

You know it will make a fantastic headline and your news editor agrees.

The paper is planning to run the story as an IS-inspired terrorist attack, with the implication that the man was a recently-arrived Tunisian migrant.

You then discover that the man had a long term diagnosis of schizophrenia, that he had attended the mosque only once and that he had come from Tunisia with his family several decades before. What do you do?

Question 2. You are the editor of a struggling regional title.

You hear that an African-led church in your town has been served with a noise abatement order for loud worship on a Sunday, because the mainly Muslim neighbours have complained to the council.

All your reporters are overworked, none of them understands religious matters and the last time you reported a local controversy involving religious people, you never heard the end of it.

Do you, a) report the story anyway, and take the risk, or, b) run a picture spread on the church bazaar and rehearsals for the school nativity play?

These scenarios might well make up an examination paper for trainee reporters of the future, to test their awareness of religion in the lives of the people they report. But today, no such examination exists, and Lapido is the only organization developing such training.

Trainee reporters are rigorously drilled in libel law, shorthand and court reporting, but, once qualified, enter their profession oblivious to even the basics of belief, or how religious institutions work.

To many, this is becoming an increasingly big problem. Secularization in readerships and the public, combined with lack of resources and nervousness about causing offence, mean that issues of belief are shunned in policy-making, the press and in public life.

Religious literacy as it is known, is rapidly becoming an important field of research and practice attracting resources and attention not just in the media, but in professional development and human resources, healthcare, law and social care.

Professor Grace Davie, a long standing specialist in the sociology of religion at University of Exeter, points to two trends in the media specifically that should be a cause for worry: the increasing prominence of religious debate in public life and the declining capacity of news (and other media) organizations to act as adequate forums.

She told Lapido Media: ‘Quite a lot of people look at the media and say there’s a lot more about religion and they jump to the conclusion that religion is therefore ascendant, whereas in Europe, in this part of Europe, it's in decline. And it's that combination that is tricky: we become more secular, but we talk more about religion.... I think that’s one reason why we don’t talk about it very well, because all the tools, concepts, narratives and sensitivities that you need to have a constructive conversation about faith are in decline, just when we need them most.’

The good news is that the long-established Lapido Media Centre for Religious Literacy in Journalism is being joined by new players in the field, all ambitious to address the problem of religious literacy generally and in the media, specifically. The bad news is: bringing about much needed change in reporting standards seems far from straightforward.

After years of development and fundraising, the much-anticipated launch of one initiative is in sight.

The Religion Media Centre (RMC) will be an independent source of information for journalists - a one-stop shop for reporters who need to get to grips with a story and quickly understand complexities they rarely have to deal with day to day. It will be housed in Goldsmiths, University of London, and its development is under the collaborative stewardship of Professor Adam Dinham and its programmes director, Michael Wakelin.

Mr Wakelin told Lapido Media that the RMC had been ‘charged by the Independent Press Standards Organization (IPSO) to make it happen.  It’s a no-brainer.’

IPSO spokesman Niall Duffy told us he 'very much welcomes' the creation of the Religion Media Centre.

'Issues relating to faith are of real interest to newspaper, magazine and online readers and IPSO has had very constructive meetings with the Centre’s founders over the last few months,' he said.

'We look forward to the RMC starting its work and contributing to the important task of regulating a free press.”

The RMC will be modeled on the highly regarded Science Media Centre (SMC), which has been running for eight years.

The SMC has a staff of seven, and currently enjoys an annual income of £576,000.

Part of its success is down to the fact that it is independent. There are no generous benefactors in, for example, big pharma, or energy companies pushing their agenda on climate change. Only £40,000 of its funding comes from government, the rest from donations from a wide variety of individuals and organizations, and they're capped to five per cent of its income.

The RMC has - in its funding structure - the same challenge, and arguably, its need to appear independent is even more pressing. As some news stories are energized by the perception of, for example, Islam/West tensions, it has never been so important to be seen to be free of influence.

At the same time, the RMC has to be trusted by all faiths, as well as a highly skeptical news media. So how to structure the funding to ensure this?

According to Michael Wakelin, the RMC currently has substantial in-principle commitments already in place but is looking for match funding from partners. ‘We are trying to get all our ducks in a row,’ Wakelin said.

It seems a delicate balancing act is needed if the funding structure is to win the same trust enjoyed by the SMC.

Certainly the RMC enjoys wide support and impeccable credentials. Originally the brainchild of Jewish charity the Rayne Foundation, it is currently grafted onto a UK-based organization, Coexist House, which in turn, has strong links to the US-based charity, the Coexist Foundation. 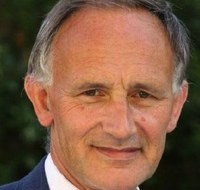 Coexist House was the idea of Dr David Ford, Regius Professor of Divinity at the University of Cambridge. It has recently won the support in the UK of the Inner Temple, the Corporation of the City of London, and the Victoria and Albert Museum. At its launch in 2015 with a £20-million fund-raising appeal, it was heralded as ‘one of the most significant interfaith centres in the world’.

Even though it is still in a ‘without-walls’ phase, it retains its ambitious goals - including an interfaith centre in London which will include a visitor centre, a space for exhibitions and performances, as well as supporting educational programmes and activities.

More significantly, it has recently forged strong links with the City.  EY, the accounting and professional services firm formerly known as Ernst and Young last November launched an online training programme ‘Religious Literacy for Organizations’ with the assistance of Professor Dinham's Religious Literacy Partnership. It aims to ‘improve religious literacy in the workplace, helping workers to understand religious inclusion and its positive impact on business process and performance.’

The RMC has already in place, a constitution, charitable status, a business plan and a launch is planned in the summer. But the vital importance of credibility means being avoiding the appearance of being beholden to any single interest group.‘It’s all about trust, our opinion is that journalists won’t go near an organization wearing any kind of faith badge, because immediately its suspicious, so it’s very important from our point of view that the RMC is as editorially neutral as possible,’ Mr Wakelin said.Even if the funding structure avoids, as the SMC has done, any questions over bias, the idea of a neutral advisory service on religion, even as an idea, presents problems for some observers.

The writer and classical scholar Tom Holland, who is a former trustee and now Patron of Lapido Media, and a frequent speaker on religious literacy, questioned the ability of any organization to offer a truly independent position on matters of faith. For him, the RMC's goal is fraught with difficulty.

‘The pretence that people have that there is a neutral position, that somehow you can step out of this and be neutral, is a fantasy,’ he said.

‘The idea of coexistence between religions is in itself a highly ideological position to take, one with which many believers, however you want to define them, would disagree.

‘It is a player in the religious jungle, it is not one standing outside it. Therefore any claim that it can offer objective, neutral, universally accepted definitions of what religion is about is equally arrogant in the extreme. It’s utterly deluded.’

This does not worry IPSO whose Director of External Affairs, Niall Duffy sees religiusly literate reportage as a regulation issue.  He told Lapido: 'Issues relating to faith are of real interest to newspaper, magazine and online readers and IPSO has had very constructive meetings with the Centre’s founders over the last few months.

'In the same way that the Science Media Centre has become an invaluable resource to journalists, we look forward to the RMC starting its work and contributing to the important task of regulating a free press.'

Michael Wakelin is confident that the RMC will be able to provide a valuable point of reference that is free from accusations of partisanship.

‘Religious literacy is an entirely secular endeavor,’ he told Lapido Media. ‘It’s nothing to do with religiosity, in a sense.  We’re leaving God out of it, in a way - we’re saying “This is the sort of language that could be used, these are helpful phrases which will get away from the lazy shorthand that seems to filter into journalism so often.”’

The problem of independence and the ability to offer definitive information about religion is further compounded by the many different agendas and constituencies of news organizations themselves.

National tabloids paint in primary colours to millions. Local community-focused papers write about people and institutions who all know each other. How each handles sensitive matters of faith varies greatly.

Professor Grace Davie points to the distinction between religious reporting in local newspapers and the national press. These are, in her view, category differences.

‘On the whole, the local media are better than national media. Local media report religious activities, do a Sunday column on what the churches are doing in the local town; they're more sympathetic, mainly because the journalists know the people they are writing about and may well come back next week or next month for another story.’

Professor Davie believes that religious literacy in the national media is less evident because the distance between reader and journalist is greater.

"[Local reporting] is a completely different set of relationships from the national media which  . . . is looking for the toxic and the negative. The [national] media are on a very different level and their goals are different, they want readership and more often than not the nitty gritty of religion is neither interesting nor newsworthy from their point of view.’

How the new Religion Media Centre handles these conflicting priorities remains to be seen. It is expected that a director will be appointed in May or June, and a launch date announced for September. Until then its architects will have to persuade a diversity of stakeholders that it can be an independent and objective reference for journalists in an increasingly contentious field.

Get your copy of Religious Literacy: an Introduction on Kindle here.  Price £6.24