‘Disgraceful’ Church of England leaves persecuted Nigerians to their fate 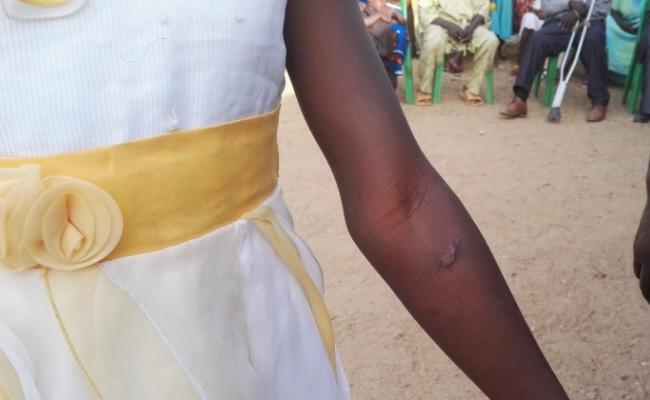 DOUGLAS Murray, scourge of politically correct liberals, and president baiter who launched 'the President Erdogan Offensive Poetry Competition’, has turned his guns on the Church of England for its stance on Northern Nigeria.

The influential Spectator columnist and Associate Director of the Henry Jackson Society has accused the church of ‘wilful self-deception’ in its analysis of the trials of Christians still being slaughtered by militarised Fulani Muslims as the world looks away.

Murray spent four days visiting massacre sites and interviewing victims in and around Jos, capital of Plateau State, in the contested Muslim north of the country.

‘The simple evidence from the map of the diminishment of the Christian community is demonstrable,’ he told Lapido.

He accused the new government of Fulani Muslim President Buhari of ‘impunity and connivance’ in killings that go on under the noses of soldiers sent to protect the villages.

Over and over again witnesses spoke to him independently and in similar vein of the use of military helicopters to drop munitions in Fulani areas.

Despite this, he was struck by the lack of pressure being brought to bear through diplomatic channels on the Nigerian government, whose president was greeted by the Queen and Archbishop Justin Welby in Britain last year. 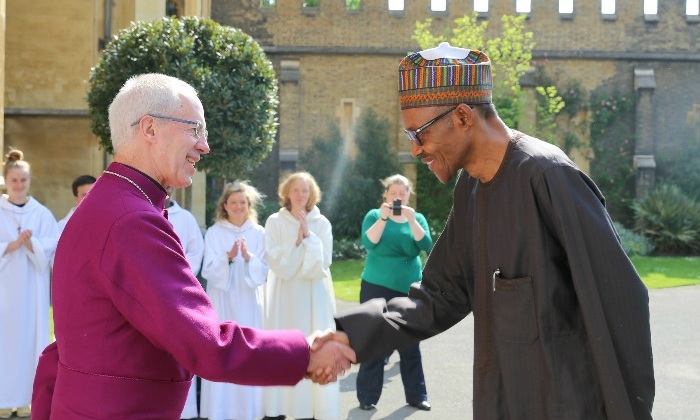 ‘I am very struck that this is not something where you need to send in the cavalry of the UN.  It’s the sort of thing for which diplomatic pressure being applied from London would do something,’ Murray says.

‘The Nigerian government should be deeply embarrassed about what’s going on on its watch.  Nigeria is not Assad’s Syria, or Kim’s North Korea.  It’s a government with which we have a lot of business and large amounts of diplomatic closeness, and what we allow to go on is of some importance.’

Murray is convinced the Church of England is averting its gaze.  ‘There seems to me to be a deliberate desire to avoid the facts’, he said.

‘I think there’s a problem with the Nigerian churches.  There’s an unpleasant underlying thing “they’re not quite like Christians in the West any more because they don’t support gay marriage.  They don’t hold the right views.”’

The travails of Northern Nigeria’s Christians have long roots, going back to the jihad of Uthman dan Fodio in the late eighteenth century, and continuing with the preferential treatment of Muslims by British colonial tin-miners who valued their ability to read and mediate with the other tribes who remained illiterate until the coming of the missionaries.

Academics at London University’s School of Oriental and African Studies, where many post-colonial Nigerian Muslim leaders studied, tended to glorify the jihad, with pernicious consequences, as regretted by one scholar there, Mervyn Hiskett in his 1994 book, The Sword of Truth: Life and Times of the Shehu Usumandan Fodio.

Now the traditional – and tolerated - tendency of nomadic Fulani pastoralists to run their cattle over the fields of settler tribes - is exacerbated by Islamist insurgents, inspired by that same jihad,who provide weapons and tell them to claim the land in the name of Allah.

Other - sociological - tensions at grassroots level, such as the inability of Christian males to marry Muslim women, although Muslims can take up to four Christian wives, and the use of Islamic proscriptions against well sharing, add up often to a combustible situation with roots that may not be expressly Islamic, but whose outworking takes on a religious hue.

All this is made very much worse, according to Murray, by the connivance of the military, now under a Fulani President. 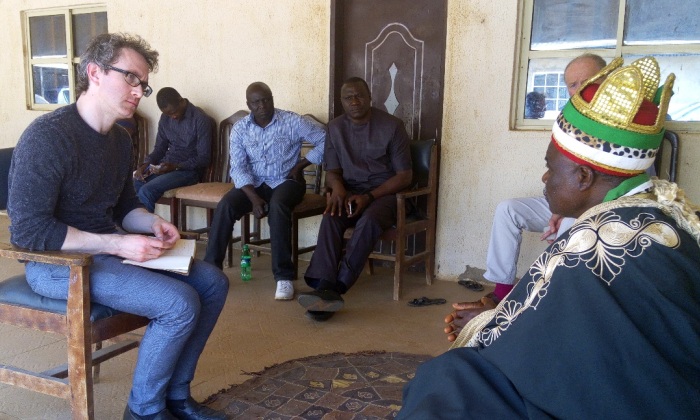 ‘There is evidence of a systematic and organized campaign.

‘One of the most striking things was to listen to people in the villages which are a very considerable distance from each other, and hearing the same kind of things going on.

‘Each time I heard it, it seemed very fresh, impulsive, they volunteered the facts themselves and in each case pretty much identical details such as the munitions used are clearly the same.  You can see that from the entrance and exit wounds of the bullets.  It would be quite uncommon unless something were organized, for the same armaments to be used and betraying the same marks of calibre of weapon.’

‘Now they think that being Fulani he is in cohoots with the northern nomads, and it is up to him to demonstrate publicly that he’s not.’

This is not cattle rustling, which is the official narrative.  There is a very concerted effort to arm the Fulani and to ensure their progress with land grabbing, believes Murray.

‘The very powerful local Muslim leaders don’t hold their own people to account for these atrocities and connive in covering them over.

‘There’s also no doubt that Islam is useful.  People are using it as another reason to whip up local sentiment against others.

‘I don’t think the religion element should be overplayed, but it’s more common for it to be under-played.’

British Anglicans are the worst offenders, Murray believes, in part because of the falling out of the Nigerian Church with the Church of England over its pro-gay marriage stance.

‘I am very struck by the fact that almost every case I have ever heard of where specific Christian Anglicans leaders have gone to see this conflict, they claim it is six and half a dozen in terms of who the real victims are.

‘But this is a deliberate desire to avoid the facts. It is wilful blindness, wilful self-deception and morally disgraceful.’

No one from the Anglican Communion or Lambeth Palace press offices was able to respond before deadline to our request for comment.

Adamu Habila was threatened with death by Boko Haram for being a Christian. He was shot in the face and left for dead. He now speaks of the urgent need for peace in Nigeria. 20th November 2013

Journalists in Nigeria suspect a conspiracy is keeping the Boko Haram's attacks on Christians out of the headlines. 23 May 2014