Pondering the sale of Eurostar 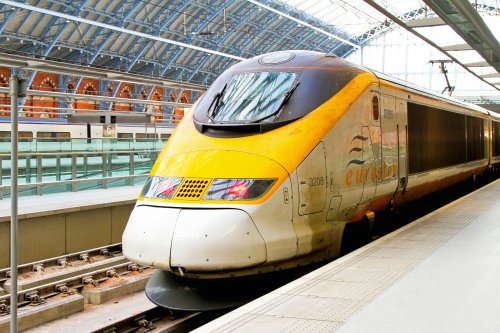 News this morning of the sale for £.75billion of another national asset, Eurostar, to reduce the national debt, strikes a dissonant chord.

Isn’t ‘national debt’ an oxymoron, if anything ‘national’ can simply be flogged off?

People with a voice and who can afford such thoughts perhaps comfort themselves about the dilution of the ‘national’ heritage in the belief that we’re all nation-hopping universalists now.  Nothing much matters anymore, so long as the economy holds.  I’m alright Jack.

Selling off the tunnel, HSR1, our nuclear power, churches, anything, while at the same time ‘welcoming’ another quarter of a million people – equivalent to a city the size of Liverpool - to these shores is all part of the same ‘big tent’ approach to the world.  The world is our oyster.  No need to hog a particular bit of it.

But isn’t this disingenuous, even downright irresponsible, as the full spectrum of second- and third-generation migrant grievance, violence, revolt and dysfunction plays itself out convulsively all across the country?

The paradox is blindingly obvious: as immigration reaches ever more colossal proportions, the national identity dissolves.

And people evidently do not simply ‘become British’ – or ‘western’ as some prefer - through school, telly, playing sports, getting a job … why should they?

And if the so-called ‘white population’ - presumably the source of ‘British identity’ as the historic bearers of language and collective memory - become a minority within 40 years – which on current estimate, even if immigration ends completely tomorrow, they will, what then?

Memory, language and a shared sense of the sacred - what really matters - are all part of the ‘code’ by which people live.  ‘F*** the good life.  F*** money’ said a Roma migrant on Channel 4’s ‘The Romanians are Coming’ last night, deciding by the end, to return, with joy, ‘to build up a place for my people’.

A Turkish taxi-driver in Haringey told me more of less the same thing: he was going back to Istanbul as he could no longer tell what ‘the code’ was.

A lack of identity and of common purpose destroys the mind and ultimately destroys society.

This was evident in the chilling words of Lee Ribgy killer Michael Adebolajo standing in a south London street with the bloodied meat cleaver in his hand: Adebolajo, whose family moved from Nigeria to London in the 1980s, tells onlookers: 'I apologise that women had to witness this today, but in our land our women have to see the same.'

He then bizarrely urges people to demand that the government 'bring our troops back so you can all live in peace'.

‘When I went to Pakistan,’ Butt said, ‘I was rejected.  And when I came back to Britain, I never felt like I fitted into the wider white community.’

These men became Islamists – but in a way never envisaged by Maududi or Qutb, who drew upon recognizable traditions and appealed to distinct social groups. 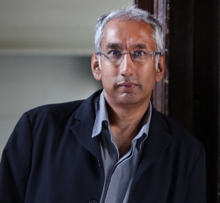 Says Kenan Malik:  ‘This was a form of Islamism that had grown up in the space between no cultures, fertilized by a yearning for identity in a society that could not inspire loyalty. . .

‘What happens is the jihadi network becomes your family.  You don’t need Pakistan or Britain.  You can be anywhere in the world and this identity will stick with you and give you a sense of belonging’ (Malik 2009: 104).

Why can this society not inspire loyalty?

And the rest of us are too cowed or dim or preoccupied to care.